The vital yet mostly unseen service within a Project 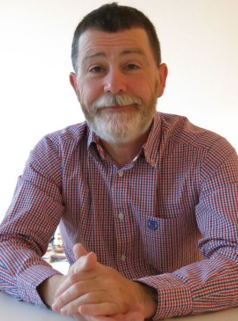 Peter Cranston CEng, MIMechE, PMP, DTM has been a Project Engineer for over 30 years. After graduating from Edinburgh University with a BSc in Mechanical Engineering in 1981 His first real Project Engineering role was for a company building submarines for the tourist market which he describes as a “Boys own adventure in the Caribbean”.

He has worked for main engineering contractors/operators in a Projects role for the majority of his career on a variety of topsides, drilling facilities and subsea projects ranging from multiple modifications programs through to offshore modules and subsea tiebacks.

As a member of Toastmasters International for 13+ years he gained the highest award of DTM and as area governor managed 5 toastmasters clubs in Scotland. A portion of the communication and leadership skills developed at Toastmasters has influenced the important soft skills section of this course.

The “Toolkit” has evolved over 20 years as a result of the requirement to coach and develop less experienced personnel in a time and cost constrained project environment. Peter enjoys the coaching and training aspects of his work, especially seeing “Toolkit" students developing increased skills and confidence.

Peter is supported in both course development and coaching by:

When does the course start and finish?
The course starts now and never ends! It is a completely self-paced online course - you decide when you start and when you finish.
How long do I have access to the course?
How does lifetime access sound? After enrolling, you have unlimited access to this course for as long as you like - across any and all devices you own.
What if I am unhappy with the course?
We would never want you to be unhappy! If you are unsatisfied with your purchase, contact us in the first 30 days and we will give you a full refund.
off original price!